Did you see the Geminid meteor shower?

Meteors were visible beginning around 10 p.m. Monday night as the constellation Gemini, where meters appear to be streaking outward from, rises above the horizon. More meteors were visible between 2 a.m. and 6 a.m. once the waxing gibbous Moon, about 77% illuminated, sets, revealing fainter meteors.

The show got better in the hours before sunrise as Earth turns into the stream of particles, the source of the meteor shower, left by 3200 Phaethon.

Fueled by a comet-like asteroid

Named for the son of the Greek sun god Helios due to its close approach to the Sun, Phaethon is an unusual source.

Unlike other meteor showers which are fueled by dust and vapor spewed by icy comets as they are heated by the Sun, the 3.6-mile-wide 3200 Phaethon is a not-so-icy asteroid.

One theory is that Phaethon is the rocky core of a comet that has lost all its ice. However, observations in 2009 by the NASA spacecraft STEREO-A saw it brighten as it came close to the Sun. 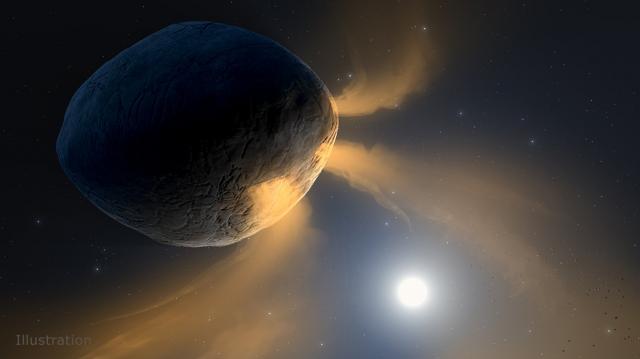 This led astronomer Joseph Masiero from the California Institute of Technology and author of the study to another explanation in a recent paper in the Planetary Science Journal.

“We know it’s an asteroid and the source of the Geminids. But it contains little to no ice, so we were intrigued by the possibility that sodium, which is relatively plentiful in asteroids, could be the element driving this activity.”

For best results, plan to be outside for at least 30 minutes. You’ll need at least 15 for your eyes to adjust to the darkness.

If you’ve got a telescope or binoculars, leave them inside. The meteors are moving too fast, more than 78,000 mph, to see with a telescope. Meteors can also appear anywhere in the sky as well, and it’s a big sky.

But the best position to see the most meteors is laying down on a blanket or lounge chair.

While the Geminids will appear to come from the area just to the right of the twin stars Pollux and Castor in the constellation Gemini, they can appear anywhere in the sky.

Look to the darkest part of your sky to increase the number of meteors you’ll see.

Dark locations could see 60 or more per hour, but don’t expect them to see all those at once. Meteors in active showers like this one tend to come in groups of 2, 3 or more in a minute followed by a lot more minutes of nothing.

Your best tool in meteor watching is patience, and some hot chocolate.

On The Red Carpet: What to watch in February on TV, streaming