Raleigh, N.C. — Two men were killed and 3 others were injured in a Wednesday night head-on crash on Olde South Road and Countryview Lane.

22-year old Andre Gibson of Illinois was one of the two people killed in the crash.

His brother, Christopher Gibson, told WRAL News he had big plans for his future.

“He was my best man back in September,” said Christopher Gibson

These moments from his wedding are what Christopher Gibson holds onto now.

“Him making the best man speech,” said Christopher Gibson “One with him with his arms up.”

“When he died Wednesday that was their three-year anniversary. His girlfriend Sara has been taking it pretty hard,” said Christopher Gibson. “He was supposed to be proposing to her in a few months actually.”

Andre Gibson was only in North Carolina for a couple of weeks or so.

He worked for Chick-fil-a, traveling the country to help open new stores.

This location, just miles from the crash scene, closed for the day after the fatal crash.

Investigators said Pedro Reyna-Ibarra was driving the other vehicle that hit the van Andre Gibson was riding in.

Reyna-Ibarra is charged with felony death by vehicle and serious injury by vehicle. 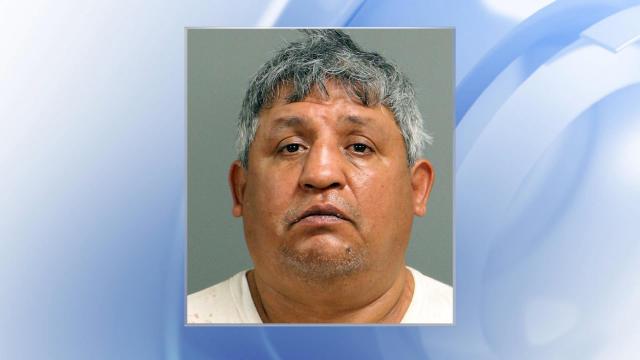 He is also charged with driving while impaired.

Another passenger in the van with Andre Gibson, 24-year old Faustino Sosa from Houston, was also killed in the crash.

The 18-year old driver and two more passengers were injured – one was treated at WakeMed’s ICU.

There are a few things Christopher Gibson wants people to remember about his brother, Andre.

“I think people should know he was very hard working and truly a kind person,” said Christopher Gibson “I just, I just miss him. That’s all.”

Man hit, killed after getting out of tractor trailer on I-95 in Harnett County

Forklift crashes through roof of Cary townhome with owner inside