The first high-resolution color images from the James Webb Space Telescope (JWST) were released on Monday including “the deepest image of our universe that has ever been taken,” according to NASA Administrator Bill Nelson.

NASA also announced the list of the five cosmic targets that will be shared on Tuesday at 10:30 a.m.

Each is intended to demonstrate the capabilities of the space telescope and provide the “wow factor” scientists have been talking about. Eric Smith, program scientist and NASA Astrophysics Division chief scientist describes what the telescope has been returning as watching “the universe turn the lights on for the first time.” 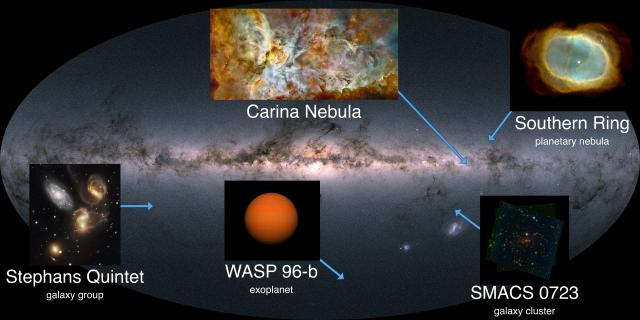 See deepest space images for the first time on July 12

A press conference at noon will feature Smith and six other project scientists including Klaus Pontoppidan, a frequent guest speaker at the North Carolina Museum of Natural Sciences.

The North Carolina Museum of Natural Sciences is hosting a public event Tuesday from 6 to 8 p.m. The event will also be live streamed on the museum’s website. Doors open at 6 p.m. with table activities for all ages and talks on the telescope beginning at 6:30 p.m.

Each of the images below, with the exception of the exoplanet which has not yet been imaged, was captured in visible light by the Hubble Space Telescope. JWST sees in the infrared spectrum revealing even more detail hidden behind dust and gas clouds.

The deepest image ever captured

The first image released on Monday by Biden shows galaxies 13 billion light years from Earth in an area of the sky astronomers know as SMACS J0723.

The streaks you see are created by gravitational lensing which bends light around the massive clusters of galaxies revealing objects behind them. This enables us to see objects fainter and further away that ever before. 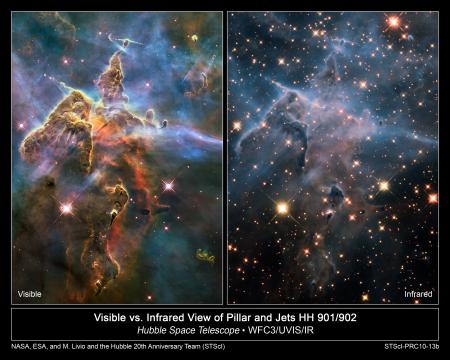 Stars are born in the Carina Nebula, one of the largest and brightest nebulae in the sky, located approximately 7,600 light-years away. This comparison of what is seen in visible light (left) and the detail revealed by infrared wavelengths of light (right) gives just a preview of the additional detail JWST will provide as it can peer deeper in to the infrared than Hubble.

Named for the second (b) planet discovered orbiting the 96th star discovered by the Wide Angle Search for Planets (WASP) project, WASP-96 b is a gas giant, bigger than Jupiter but only about half its mass. Its cloudless sodium filled skies shine brightly as it orbits its star every 3.4 days, nearly 1,150 light years from Earth.

NASA will be releasing spectroscopic data of this exoplanet, rather than full color images. This provides detailed information which help scientists determine the temperature of distant stars and what makes up the atmosphere of the planets that orbit them. 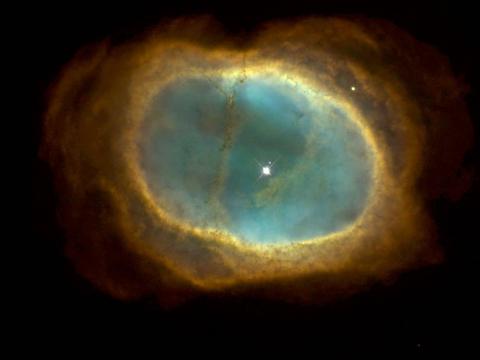 The Southern Ring is also known as NGC 3132 or the “Eight-Burst” nebula. This planetary nebula (for its roundish shape) is nearly half a light year across, made up of gas ejected by stars near the end of their lifespans.

This compact galaxy group is located in the constellation Pegasus, about 290 million light years from Earth. It was discovered in 1877 and featured in the 1946 movie “It’s a Wonderful Life.”

NASA named the most powerful telescope ever launched into space after James Webb, the former head of NASA, who has connections to North Carolina. Webb was from Granville County and went to Oxford High School.